A new version of the Rebrawl private server has been released today. The download link is already available.

Attack: The shot can hit an enemy or an ally of Byron. When he hits the enemy, he loses health, and if the attack touches an ally, then his health is restored.

Super Byron – Throw a potion that forms a puddle. In a puddle, opponents lose health, and allies restore health. Potion can be thrown over a wall

Edgar Attack: Delivers two hits with a scarf from two sides. Edgar heals himself on hitting the target.

Edgar jumps over an obstacle and gains a temporary boost. Its Super slowly charges over time

As always, two new custom maps are available, which are not in the usual version of the Brawl Stars game. 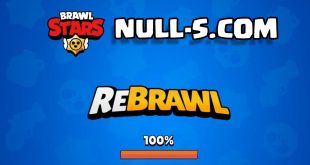 Anyone who likes Brawl Stars will appreciate the ReBrawl mod. All fighters, skins, and unlimited …