What’s new in the Brawl Stars?

A teenager who works in a gift shop with Colette. He wants to be cool and mysterious, but he’s not very good at it. This is a fast melee fighter, attacking with his scarf, but he has very little health. Therefore, when attacked, it heals. His super charges on its own, just like Darryl’s, and allows him to get close to enemies by jumping over obstacles.

Byron Is a wily merchant and part-time support fighter. Byron is a little different from other support fighters. Its attacks either deal damage to enemies over time, or gradually heal allies. What you need, if you choose the right moment.
Super Byron-throw a potion that deals damage to a fighter
or heals it, depending on whether it is an enemy or an ally. Byron will be a mythical fighter.

A new version has been released. Below is the link to the download page. 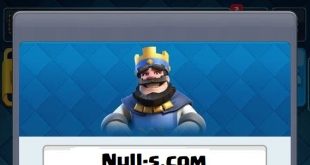 Many years after the release of Null’s Royale, it is now available for iOS! The …