It’s not a big update to Brawl Stars this time around. Only two new skins, one new brawler and a balance change. All of this is already available in the 8th season of the Brawl Pass.

Meg attacks with a blaster in short bursts, acting on the nerves of the enemies. Meg fires a burst of 2 lasers, which do not cause significant damage. However, its charges are recharged quite quickly.

After activating the Super, Meg climbs into the robot, which has about 2.5 times more health. He has his own attack and Super. Every second, the Meg robot spends 140 health units, and after it is destroyed, it disappears. 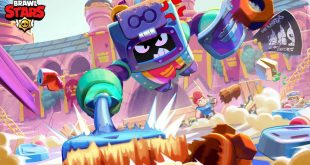 A new update of the private server brawl stars has been released. New version of …