In the updated version of the game, a new chromatic fighter will appear, under the name Surge.

New Chromatic Bravler – Surge! Main attack: fires a projectile that works like a mixture of Spike’s attacks and Super Gene: amplifies up to 3 times. Loss of gain after defeat.

The private nulls brawl 28.171 server is already available for download.

Added a new command- “/addscore”, which adds 1000 trophies to each fighter. 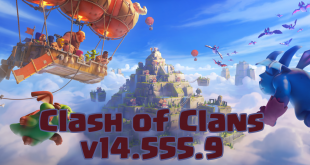 The developers have released a new update Clash of Clans. Thank you for all your …