Download Clash of Clans v.14.426.1 with extra life for heroes

The first big update of Clash of Clans in 2022, added the ability to train 2 types of army at once.

Added the ability to change the volume level, previously it was only possible to turn on or turn off the sound. We will look forward to when such an opportunity will appear for other Supercell games. 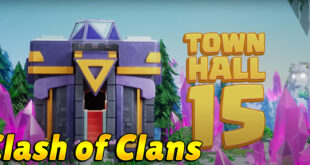